Trailblazer, visionary and scholar who forged a path for the modern practice of psychology. 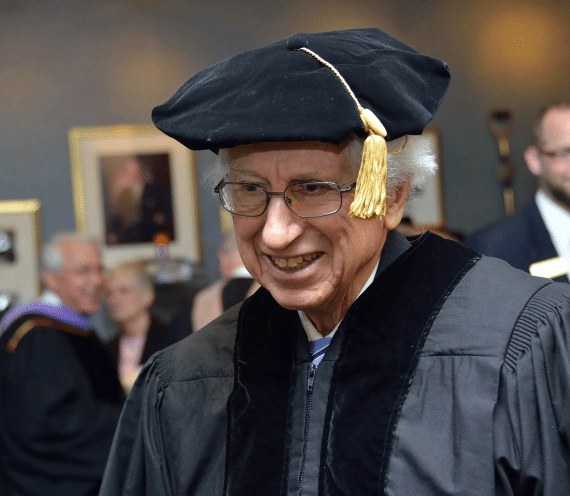 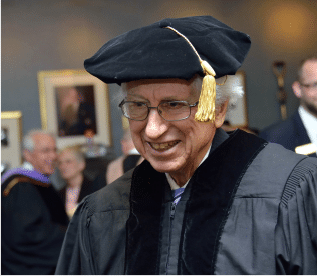 During a lifetime dedicated to psychology, Dr. Nicholas Cummings led groundbreaking research into remarkable therapeutic models, established new ways to practice and challenged long-held assumptions to discover newfound truths. We invite you to learn more about his fascinating life and lasting legacy. 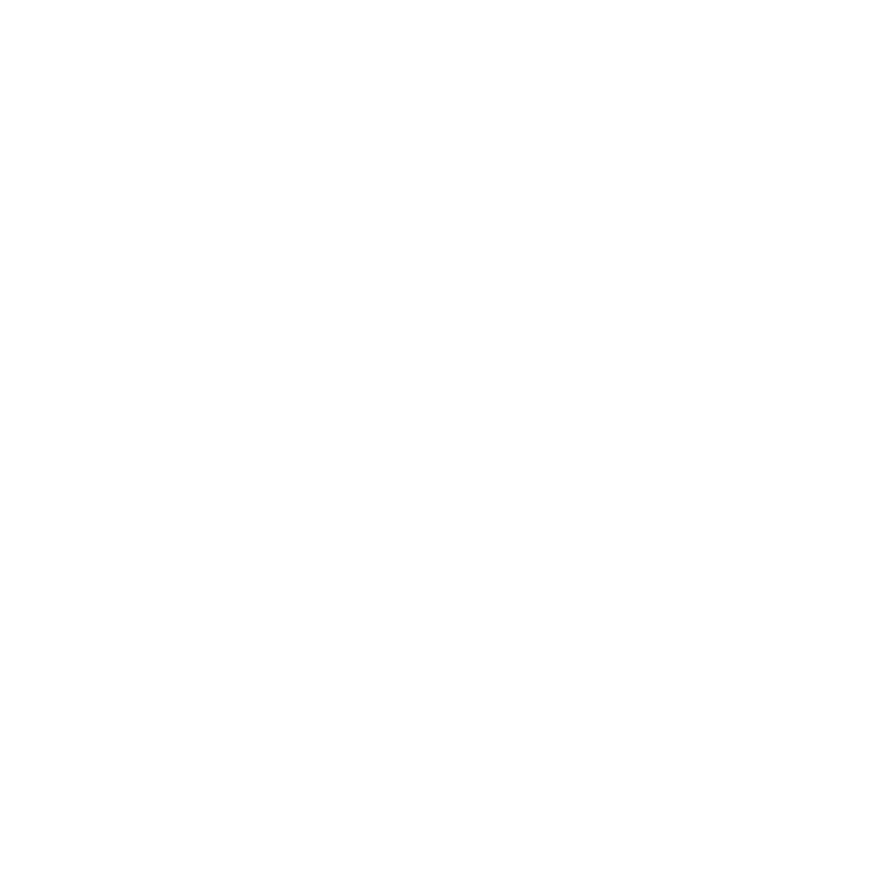 Those whom we venerate have strengths and weaknesses, likes and dislikes, triumphs and failures and very much a human side — just like the rest of us. 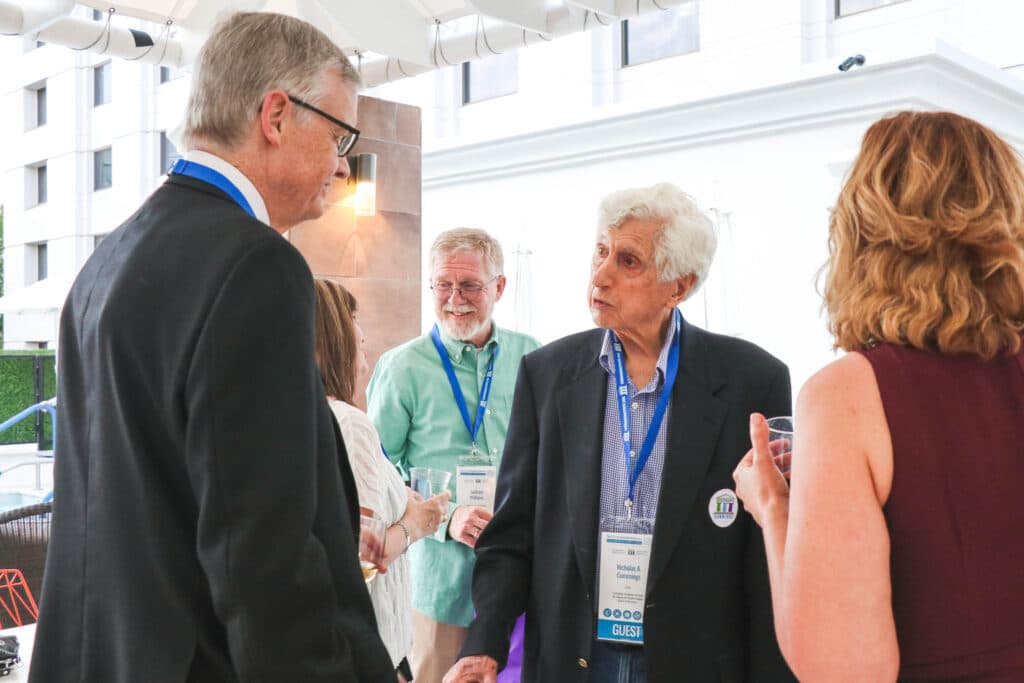 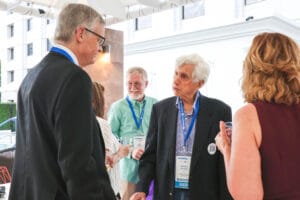 Born Nicholas Cominos in Salinas, California, young Nick was surrounded by a loving, hardworking immigrant family. He grew up immersed in his Greek family’s language, cultural heritage and ambitions. The sudden death of his father when Nick was just four years old, followed soon after by the hardships of the Great Depression, changed the path of Nick’s life. Through these and other events, Nick learned early on how to persevere through crisis and overcome adversity. Later in college, Nick met and married Dorothy, and together created a family and forged a partnership that sustained them for more than six decades. 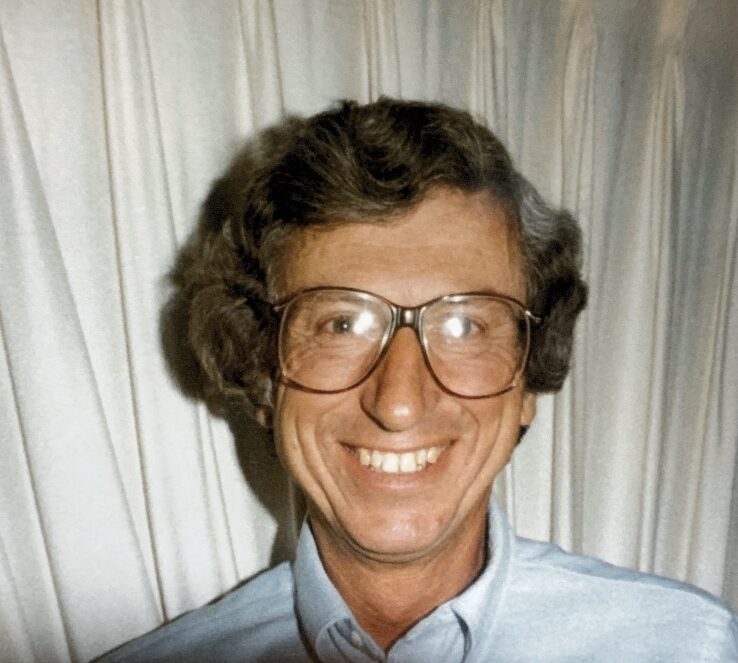 Nick has served as a lightning rod for change and innovation...his story helps us better understand the evolution of modern psychotherapy, as well as glimpse its future. 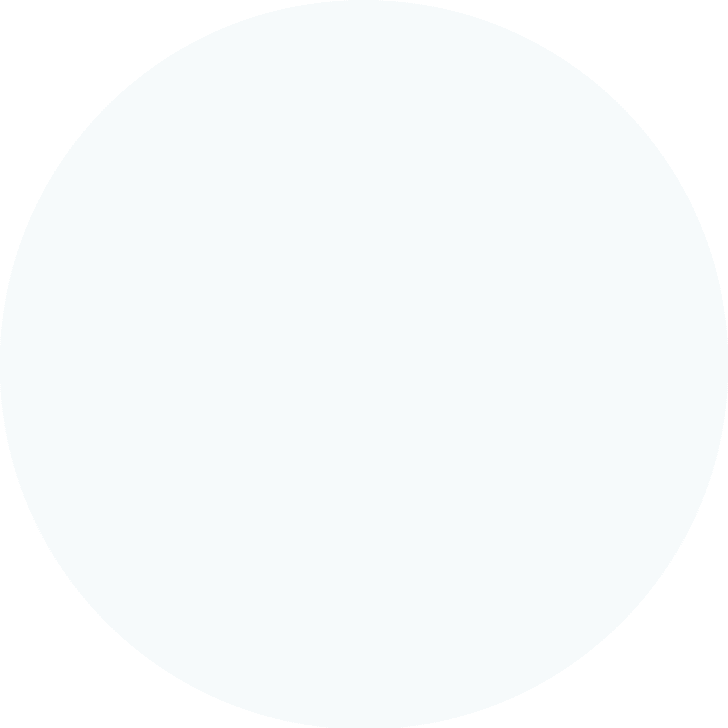 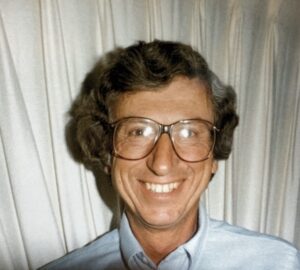 Nicholas Cummings’ interest in behavioral health began during World War II, at a time when psychology as a professional practice had only just begun. Building on the premedical degree he earned before being drafted into the Army at the age of 18, he became fascinated with the psychology of human behavior. He examined people’s emotional responses to the unprecedented horrors of modern warfare and studied the psychological interventions being researched in the field. His fiercely intelligent, independent and determined nature took hold during these formative years.

“My father is more than part of psychology’s history. He was one of the major leaders who anticipated every phase of the rise of psychotherapy in America, as well as its struggles.” 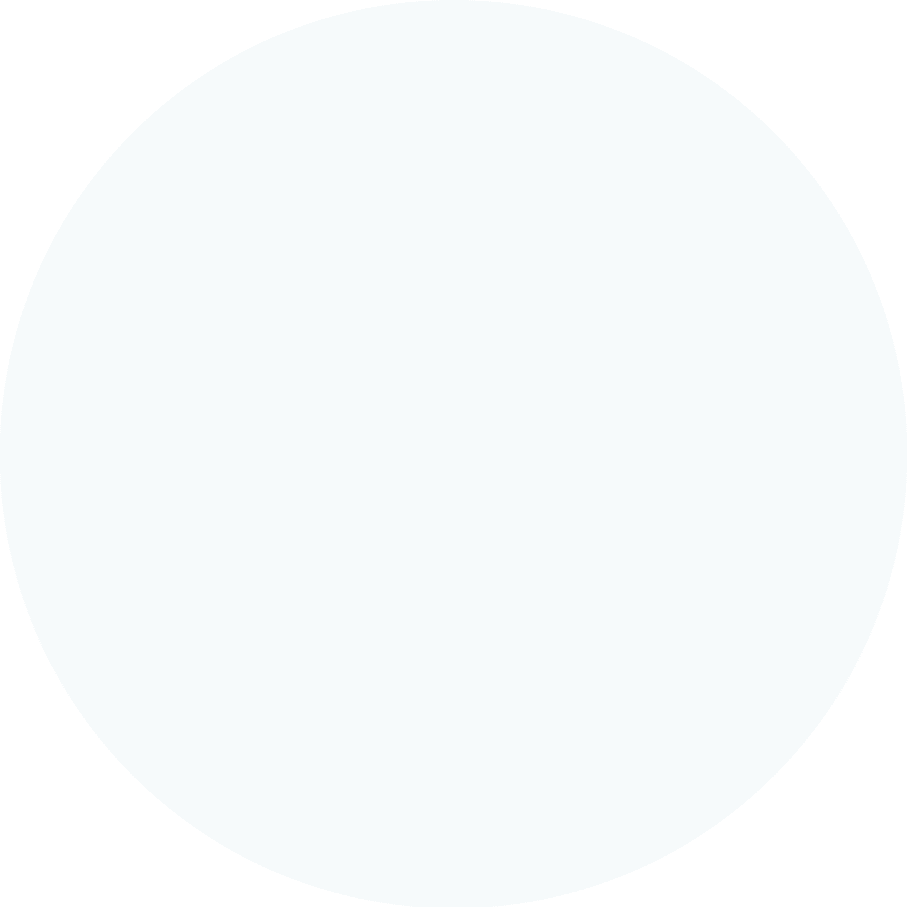 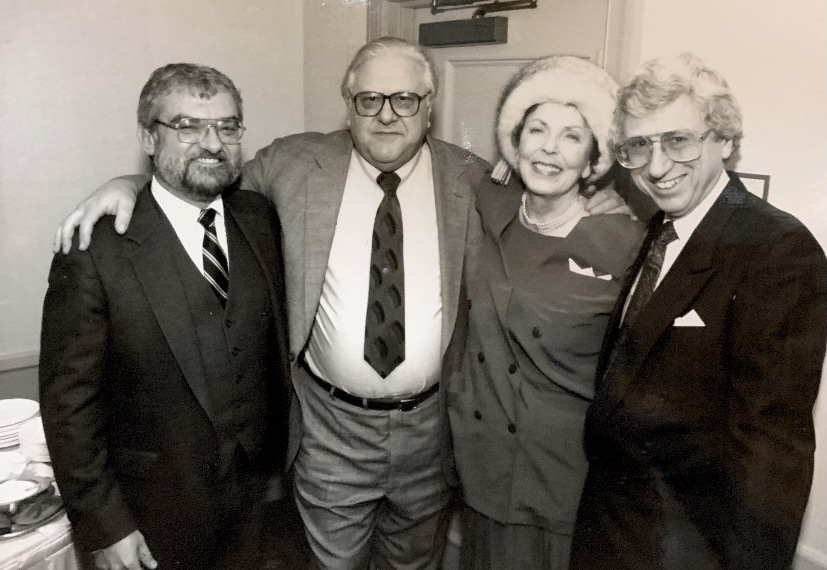 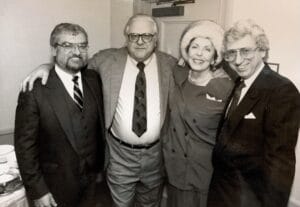 After the war, Nicholas Cummings became a pioneer in the young field of professional psychology. He tirelessly pursued undergraduate, doctoral and postgraduate study that met his exacting standards — no easy task during an era when such training was often lacking. To establish the legitimacy of practitioners in the nascent field, he worked with colleagues to found professional psychological associations. In 1958, Dr. Cummings became Kaiser Permanente’s Chief of Mental Health, a unique opportunity to deliver psychotherapy in a primary care setting. Under his leadership, Kaiser Permanente entered the psychology vanguard, eliminating the psychoanalytic couches and other established yet counterproductive practices, and making treatment more evidence-based, effective and human.

A Greek expression said when someone passes away that means, “May their memory be eternal.” 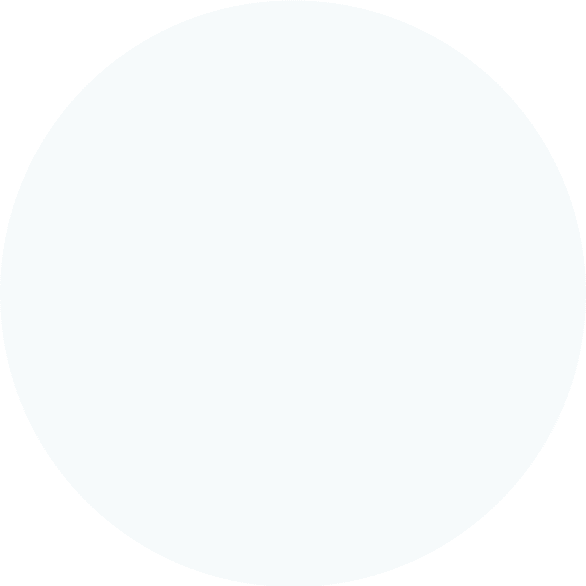 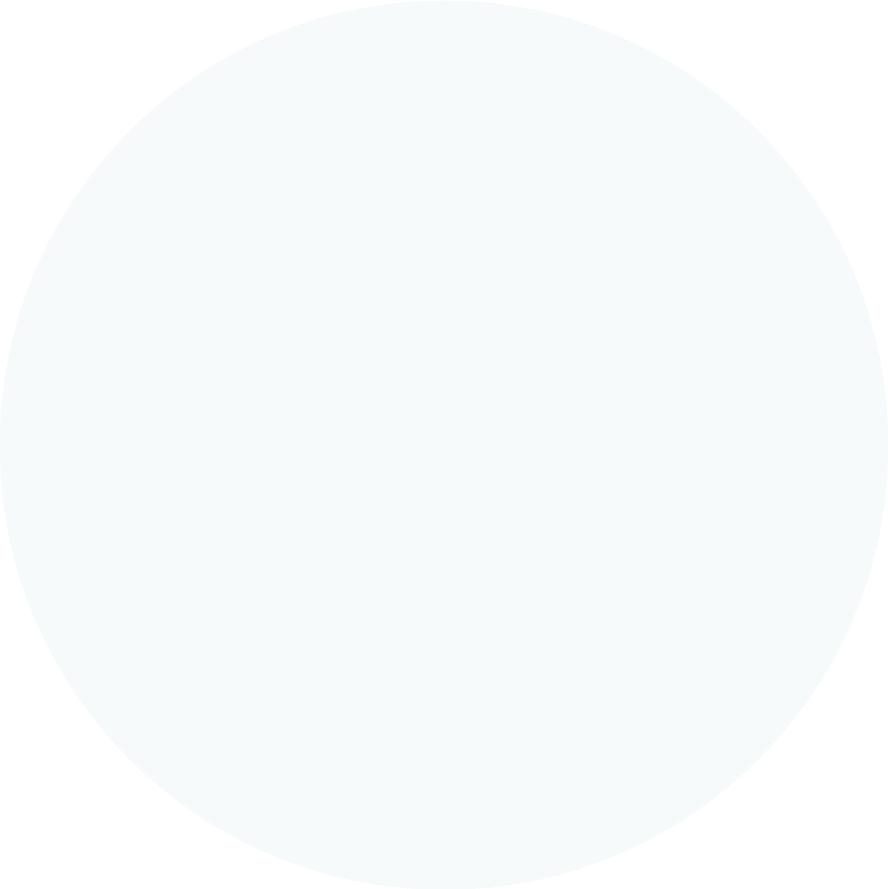 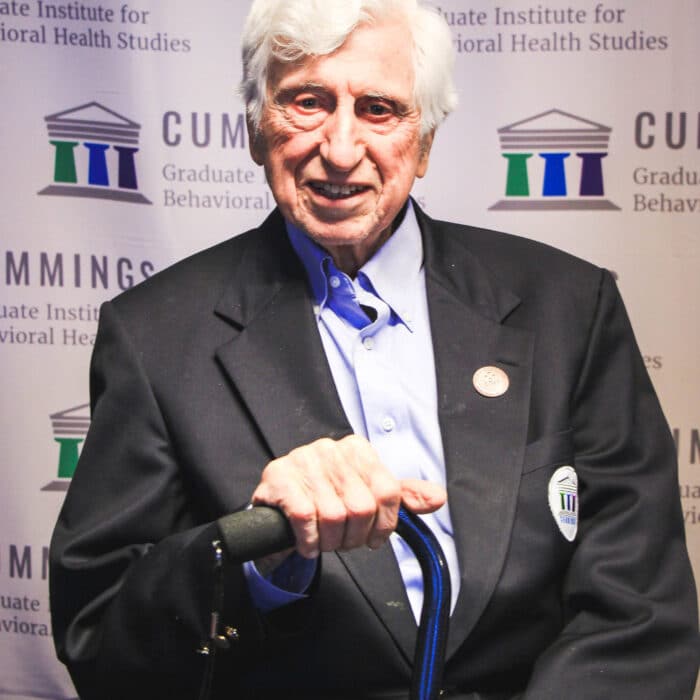 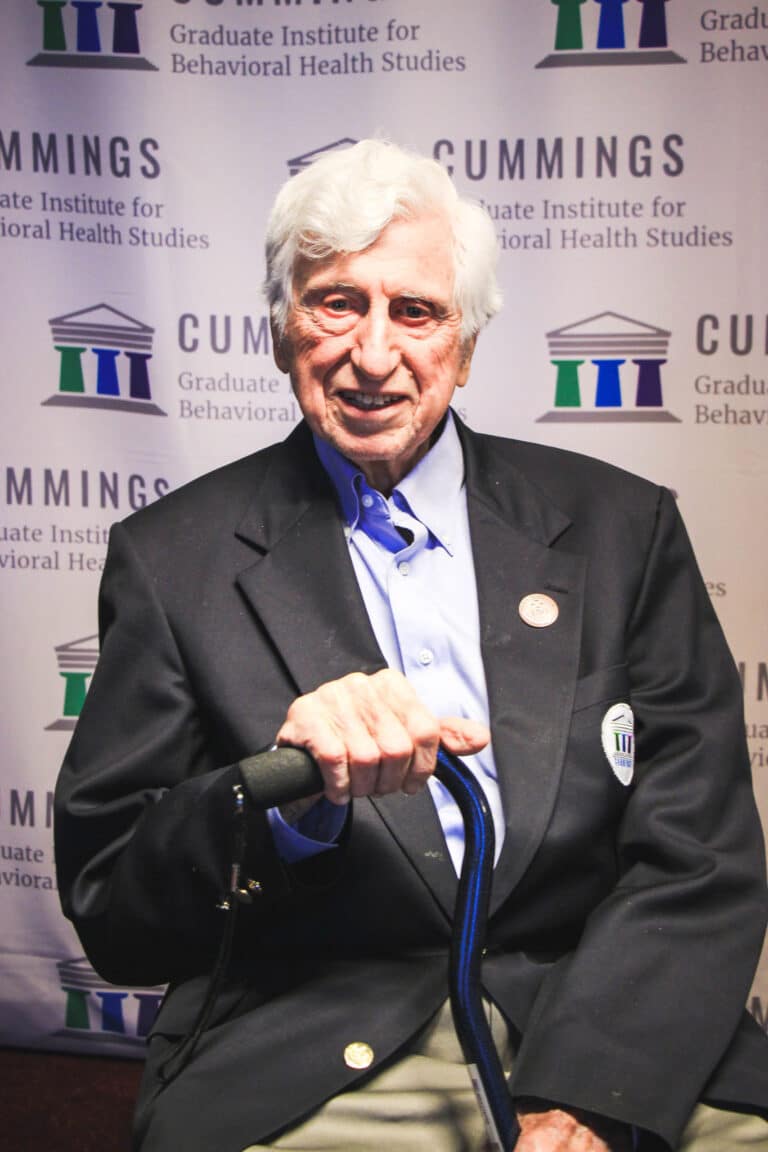 Dr. Cummings realized psychological healthcare needed a revolution — and he was a talented agitator for change. He advanced professional psychology’s credibility and power as president of the American Psychological Association. As founding president of the California School of Professional Psychology, he ushered in a new movement in the training of psychologists. He also launched other influential organizations, including the National Academies of Practice and the National Council of Professional Schools of Psychology. At an age when other people slow down and retire, he founded American Biodyne, the nation’s first and only psychology-driven managed behavioral health organization. In the last decade of his life, he founded the Cummings Graduate Institute for Behavioral Health Studies, which today provides unique doctoral training in behavioral health. And, he and his family established the Cummings Foundation for Behavioral Health to carry on his work.

We use cookies on our website to give you the most relevant experience by remembering your preferences and repeat visits. By clicking “Accept All”, you consent to the use of ALL the cookies. However, you may visit "Cookie Settings" to provide a controlled consent.
Cookie SettingsAccept All
Manage consent

This website uses cookies to improve your experience while you navigate through the website. Out of these, the cookies that are categorized as necessary are stored on your browser as they are essential for the working of basic functionalities of the website. We also use third-party cookies that help us analyze and understand how you use this website. These cookies will be stored in your browser only with your consent. You also have the option to opt-out of these cookies. But opting out of some of these cookies may affect your browsing experience.
Necessary Always Enabled
Necessary cookies are absolutely essential for the website to function properly. These cookies ensure basic functionalities and security features of the website, anonymously.
Functional
Functional cookies help to perform certain functionalities like sharing the content of the website on social media platforms, collect feedbacks, and other third-party features.
Performance
Performance cookies are used to understand and analyze the key performance indexes of the website which helps in delivering a better user experience for the visitors.
Analytics
Analytical cookies are used to understand how visitors interact with the website. These cookies help provide information on metrics the number of visitors, bounce rate, traffic source, etc.
Advertisement
Advertisement cookies are used to provide visitors with relevant ads and marketing campaigns. These cookies track visitors across websites and collect information to provide customized ads.
Others
Other uncategorized cookies are those that are being analyzed and have not been classified into a category as yet.
SAVE & ACCEPT
Powered by